Swearing in, area studies, and meeting a legend

Time is flying by and I am not doing a great job of updating this blog.  But in the last month I was sworn in as a Foreign Service Officer by Ambassador Tom Shannon (who was the acting Secretary of State while Sec. Tillerson was awaiting Senate confirmation), done area studies to include Brazilian studies and now have started Portuguese language training. 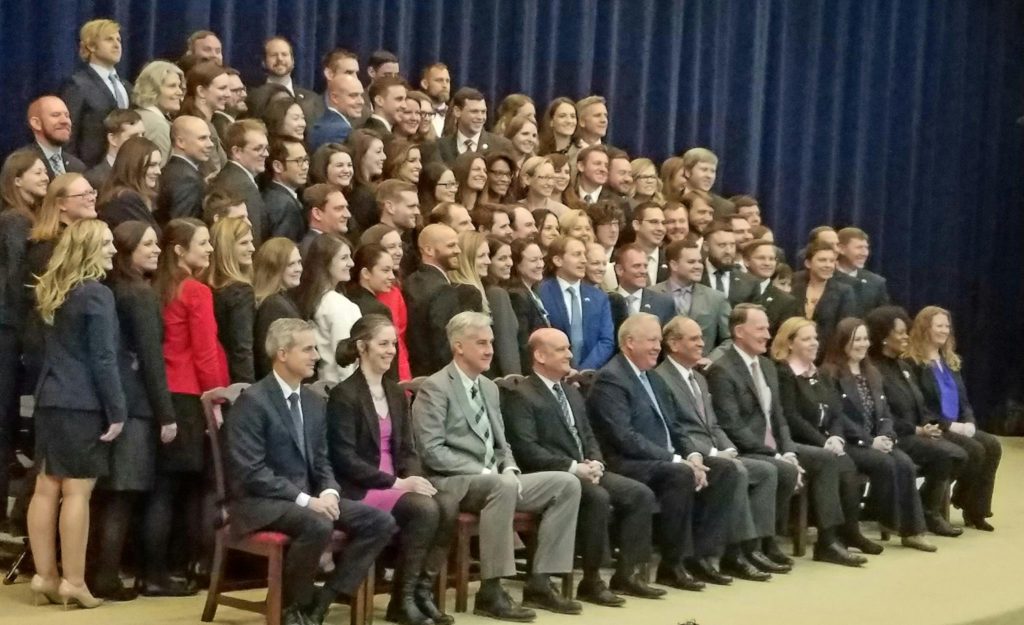 I have to admit that it is all hitting me now.  While I do not leave until October, the magnitude of this undertaking is undeniable.  It is a great honor and privilege to serve in the Foreign Service.  And what an interesting time to be in it! 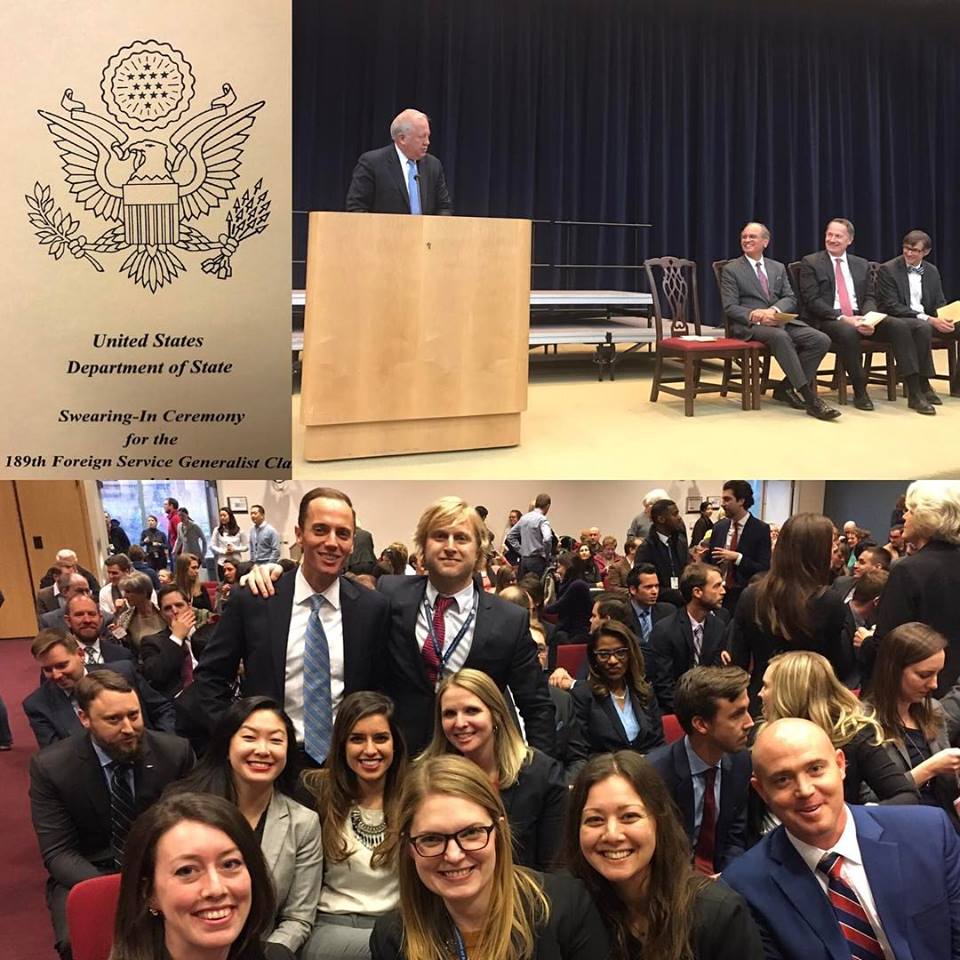 One interesting story I can say beyond the fact that I am in language training is that a few weeks back we had an evening reception at the DACOR House here in DC. As I weaved my way through the crowd I noticed an older Gentlemen and his wife in the corner.  I decided to strike up a conversation with them and boy am I glad I did! 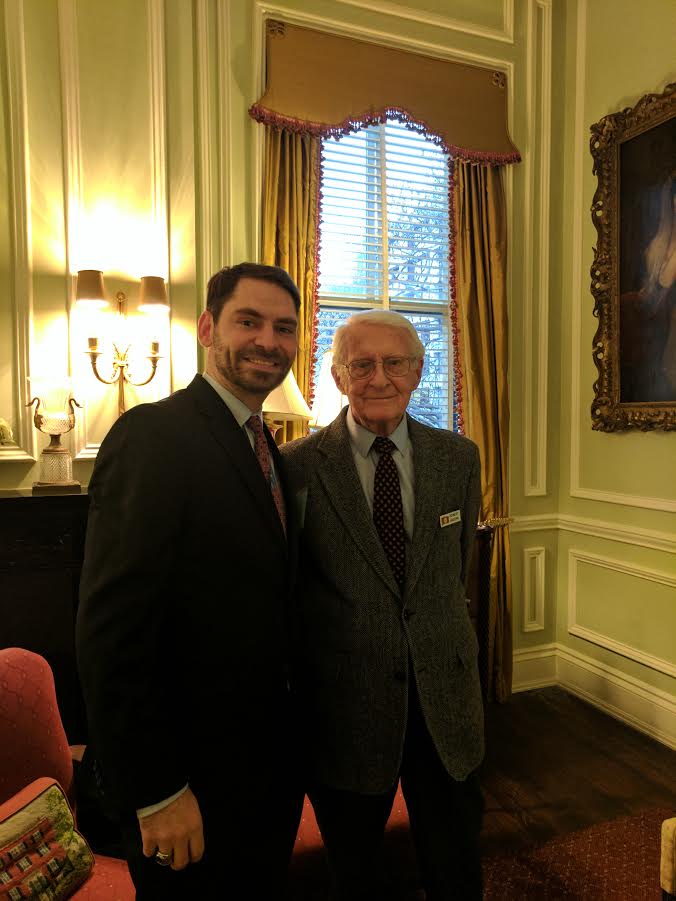 Turns out this is Mr. Robert Anders.  He was one of the six American FSOs that the CIA got out of Iran in 1979 using the idea that they were Canadian film makers!  You may recall seeing the movie Argo!

He’ll be 92 soon and boy did he have some stories!  It was surreal to meet and talk with him and think that I am following in the footsteps of such legends.  He literally pulled out the business card the CIA gave him that showed he was a movie producer from Hollywood! 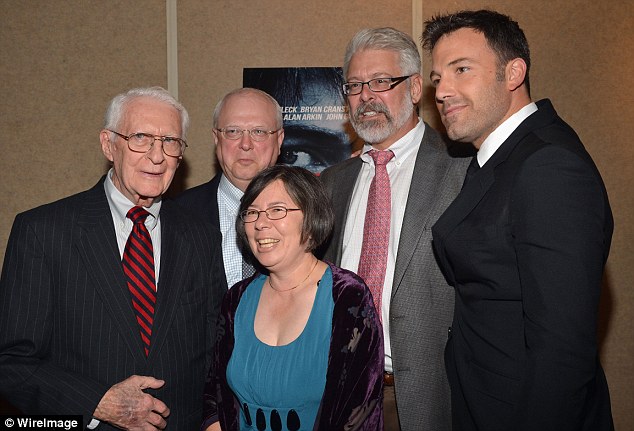 While I hope to never be in his situation, I do hope to have as much impact on the Foreign Service as he has.  It feels weird to know deep down that you are finally on the path meant for you in life. Truly humbling stuff.

Off to Portuguese language class!  Thanks for reading.

One thought on “Swearing in, area studies, and meeting a legend”