What a first week!

So I wanted to write a post this past Sunday, before I began my first day at the Department of State.  Unfortunately, my sister called around 5 PM and said that our beloved Yorkshire Terrier, Ali, had passed away after getting into some chocolate. My sister rushed him to the veterinarian but they ultimately could not bring him back. 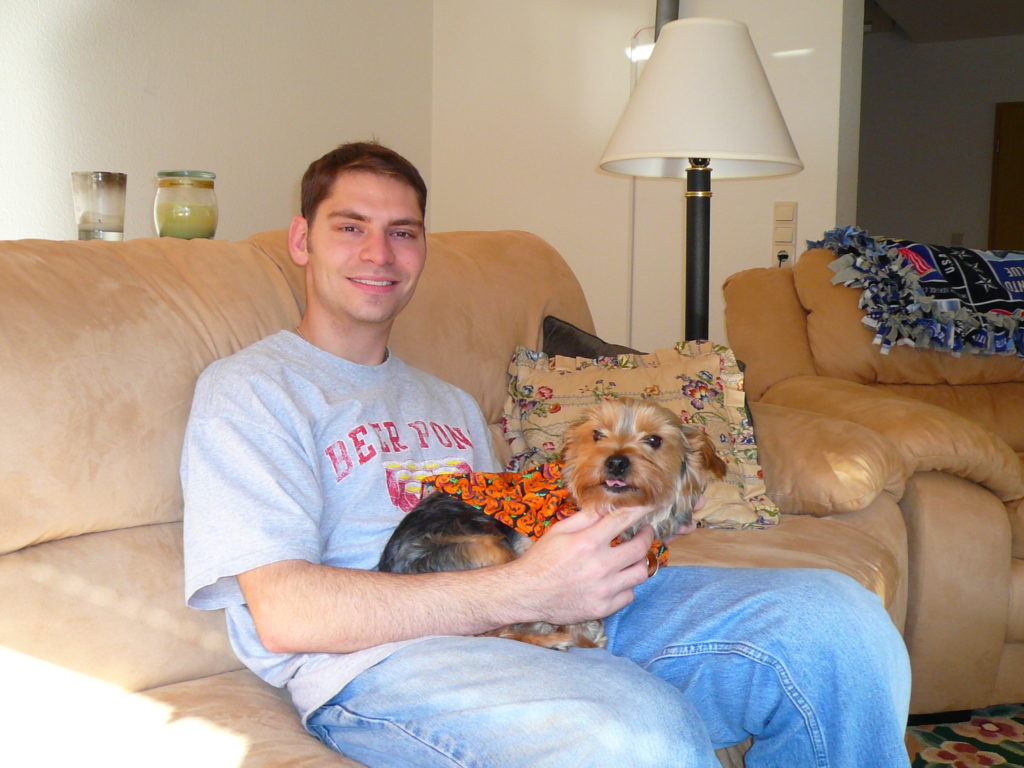 I got Ali when I was stationed in Germany in 2007.  He was probably at least 1 year old at that point, which means he was 11 or 12 when he passed this week.  A good run, but you always hope deep down that you will get 14 to 17 years out of a little breed. None the less, he was the most amazing dog.  I brought him back from Germany in 2010.  He was in both my Grandmother (2010) and Grandfather’s (2016) arms when they passed away.  My pap lasted 6 years after my gram, so Ali and he were inseparable.  After Bob (my pap) passed away last January, Ali was never the same.

Its hard for me to write more about him, as you can’t quite see the computer screen with so much water in your eyes. I look forward to seeing this movie soon: A Dog’s Purpose.  I know his was to bring happiness and comfort to me and my family, and boy did he ever.

You really were a little Prince Ali.  Named after the Disney character in Aladdin, we will miss you forever and thank you for such wonderful, happy, funny, and  enriching times.

I suppose I could have dedicated a separate blog post just to Ali, but the truth is, this week played out as it did.  I was literally writing about ‘signs in life’ when my sister called.  Maybe Ali passing is another sign that it is in fact time for me to return overseas.  I sure as heck saw many over my 3 week Christmas and New Years vacation. 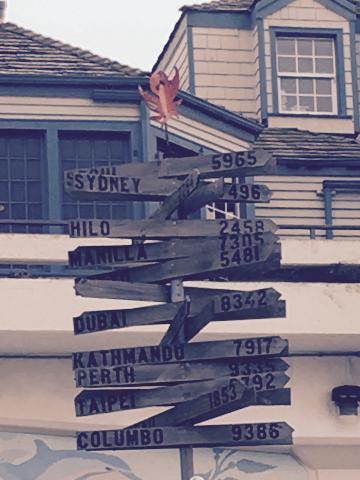 I started the year off in California, as I went to the Rose Bowl and visited friends in SoCal. So I’m on the Redonodo Beach pier having lunch with my buddy Paul when he looked at me and said, “You could end up at anyone of those places.”

I did not even notice this sign as he pointed it out to me.  When I looked up, I was in amazement.  The sign was more than what you see.  It literally was the universe & God saying, you are on the right track!  I mean its not an ordinary feeling to start a year knowing you will be moving overseas, but no clue where yet!

But what is interesting, is that over the past 3 weeks, its been nothing but little signs.  I was in Beaver Creek Colorado skiing and saw a bunch of international flags. One quote I read last year in ‘The Alchemist‘ is “And, when you want something, all the universe conspires in helping you to achieve it.”  Boy have I been feeling that! 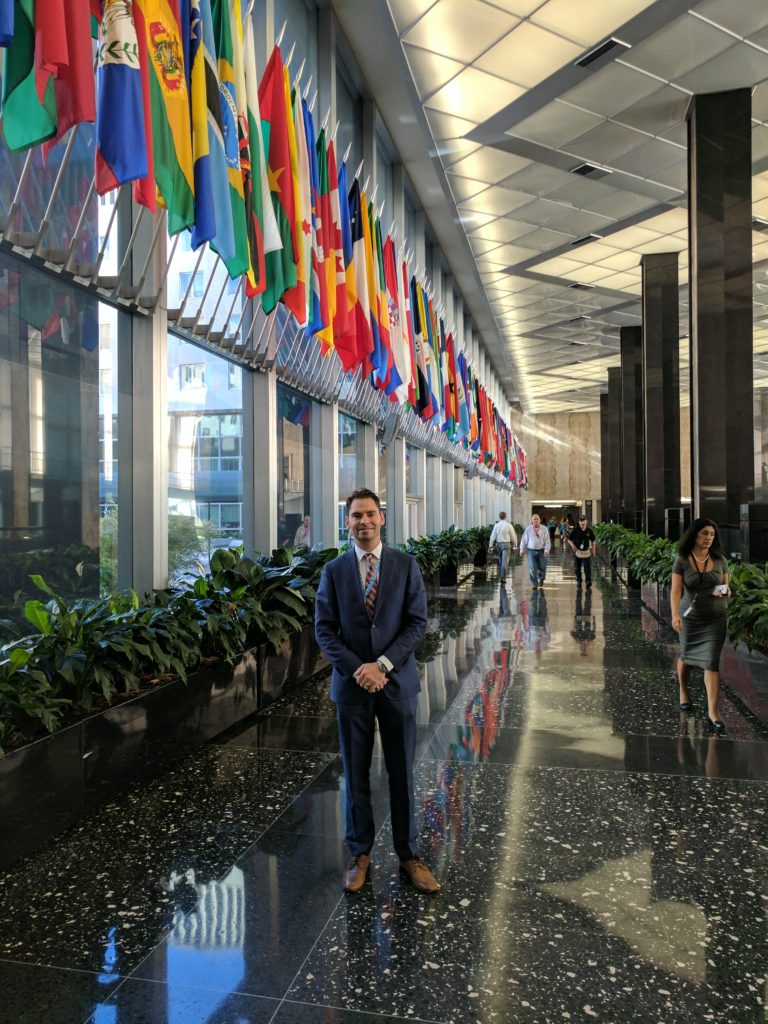 This is the lobby of the U.S. Department of State headquarters in Washington, DC.  It was taken on Friday, but we started there on Monday and then ended the week there as well.  The rest of this week, and time of A-100, we are at the Foreign Service Institute in Arlington, Virginia.

It was a amazing week.  We got the bid list on Wednesday.  While I cannot share it publicly, I can tell you it is rich and diverse.  There are many spots I would not mind ending up. My classmates are some of the most professional, successful, and driven people I have ever met.  I am honored to be among them.

We had a happy hour on Monday and Friday.  I attended both. I rarely miss happy hours as some of you know very well! Class has been very interesting.  The history of the Foreign Service is something I am really into.  Our briefings are in depth and enlightening.  I am concurrently reading this textbook on it all: American Ambassadors The past, present, and future of America’s Diplomats. 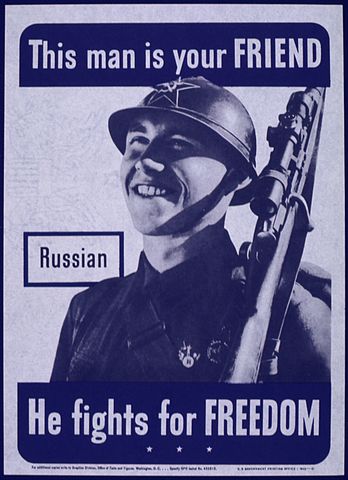 I saw this WWII advertisement for this first time this week.  Just thought it ironic and funny given the timing right how.  Much the hubbub about international relations with Russia these days.  I hope and have faith that it will all work out.  I will take this time to say that I will not be discussing policy on this blog.  I am going to keep it lite and fun on here.  I’ll share about myself and life, but will not go into anything official.  Just a disclosure in case you hope to read anything like that.

Overall, I am just elated and humbled to be with such a bright group of Americans becoming diplomats. I am going to write more as I go through this process, so others can get a sense of what it is like.

Next week: Meeting with our Career Development Officers (CDO) to discuss our bidding strategies.  Oh and um…. The inauguration of President-elect Donald John Trump!  What a time to be alive, let alone in DC!

PS:  Can’t wait to get to see the new Diplomacy Center at State HQ!

One thought on “What a first week!”