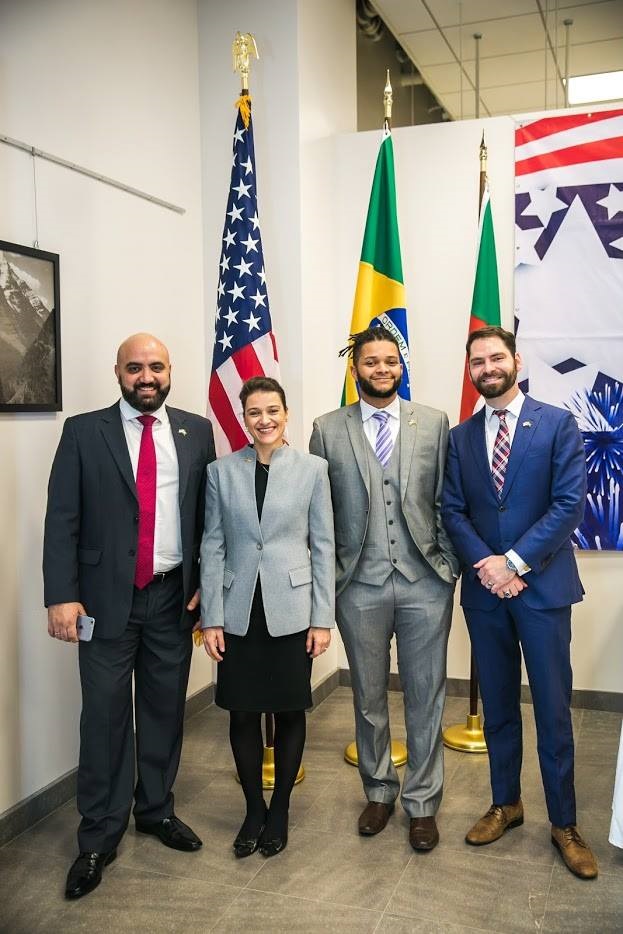 I was born in Pittsburgh, Pennsylvania back in 1982.  I grew up in Western PA with my Mom, Dad, Sister and a ton of extended family who all still live in the area.  I graduated high school in 2000, Penn State University in 2004, and then went into the United States Air Force in 2005.  While in the Air Force, I was stationed in Germany from 2006 to 2010 and deployed to Afghanistan in 2008.  I was a combat correspondent for the American Forces Network (AFN).  Between 2010 and 2017 I did public affairs at the federal level for a variety of organizations to include the Office of Personnel Management (OPM), Defense Media Activity (DMA), U.S. Army, and Environmental Protection Agency (EPA).  I am also a former 2013 Presidential Management Fellow (PMF) finalist and 2014 Congressional candidate in Pennsylvania’s 3rd District (northwest).

I have a master’s degree in Public Administration from Bowie State University and a graduate certificate in Campaign strategy from George Washington University.  I’ve been with the US Department of State as a Foreign Service Officer (FSO) in the Public Diplomacy track since January 2017.  I recently completed a consular tour in Porto Alegre, Brazil and am now in Cambodia for a public diplomacy tour.

This career has motivated me to create this website and blog as a way to write about my life, passions, and experience as a U.S. diplomat. I hope you enjoy my blog. Feel free to contact me with any questions or comments.  Thank you for visiting my website.